This page introduces condiscon: a new IRMA feature allowing IRMA verifiers and signature requestors to express the attributes they need with much more flexibility, using a new format for the session request with which sessions are started at the IRMA server. This affects:

An IRMA disclosure session is started by a verifier submitting a session request to an IRMA server, listing the attributes that it requires, offering the user a choice between multiple options for some or all of these attributes. That is, IRMA supports requesting the user for a conjunction of disjunctions of attributes. In the (new) IRMA app, this looks as follows. 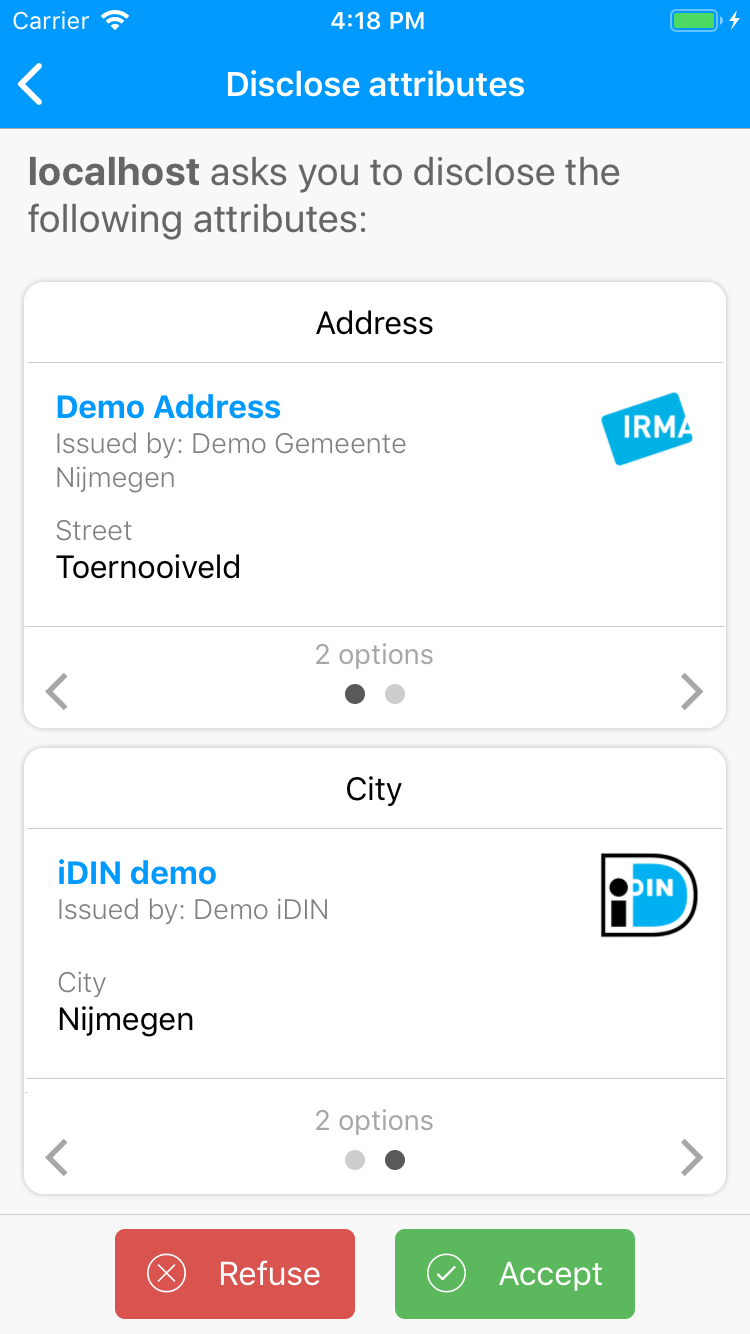 "Condiscon", standing for conjunction of disjunctions of conjunctions of attributes adds one extra level to this in the session request format: now verifiers can request multiple attribute sets from the user, offering the user multiple choices for some or all of the sets: 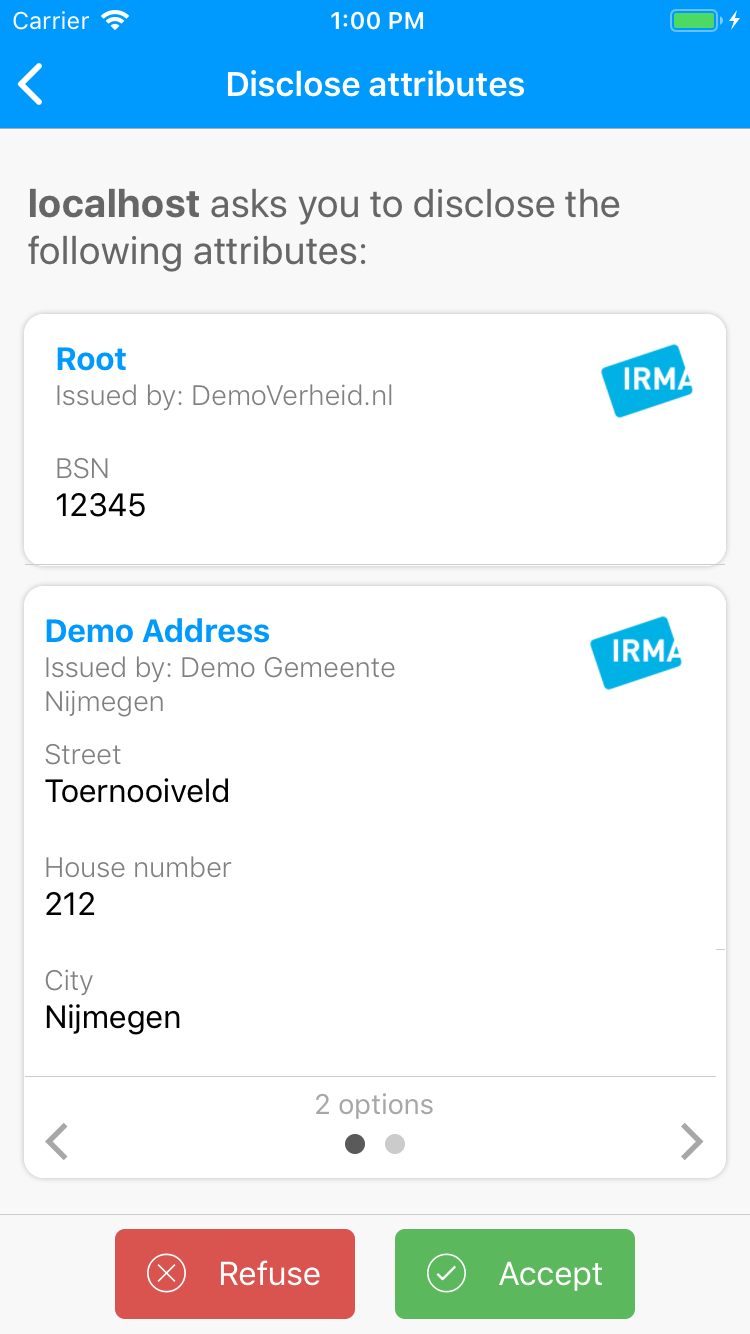 In this disclosure request, the user is asked for her (demo) BSN, and for her street, houseNumber and city attribute from the irma-demo.nijmegen.address credential type. For the latter three the user has one other option which is not currently shown in the screenshot (but it is present in the session request).

When combining multiple credential types within a disjunction these restrictions ensure that when the IRMA app computes candidate attribute sets for the user to choose from, the amount of resulting options stays manageable. In adddition, the second restriction is a new feature on its own, allowing verifiers to request multiple attributes coming from one credential instance.

As before, the verifier can indicate in the session request that it requires specific values for one or more of the requested attributes. In addition, the new condiscon versions of the IRMA app and server include the following new features.

For full details, see the documentation of the session request format.

The new IRMA app is backwards compatible with the old session request format, i.e. with old irma servers, except in case of signature sessions (see below).

This is fixed in the condiscon versions of IRMA by committing to the attribute structure (i.e. disclosed vs. non-disclosed attributes) during generation and verification of the attribute-based signature in a new way, that is automatically compatible with future attribute additions to the credential type.

Previously generated IRMA attribute-based signatures remain valid (as long as no new attributes are added to their credential types). However, the new IRMA app always uses the fixed signature generation algorithm which the pre-condiscon version of the IRMA server does not support. For that reasons, if you use attribute-based signatures your IRMA server(s) will need to be updated before the new IRMA app is released (probably some weeks from now).