IRMA is a set of software projects implementing the Idemix attribute-based credential scheme, allowing users to safely and securely authenticate themselves as privacy-preserving as the situation permits. Users receive digitally signed attributes from trusted issuer, storing them in their IRMA app, after which the user can selectively disclose attributes to others. Schematically: 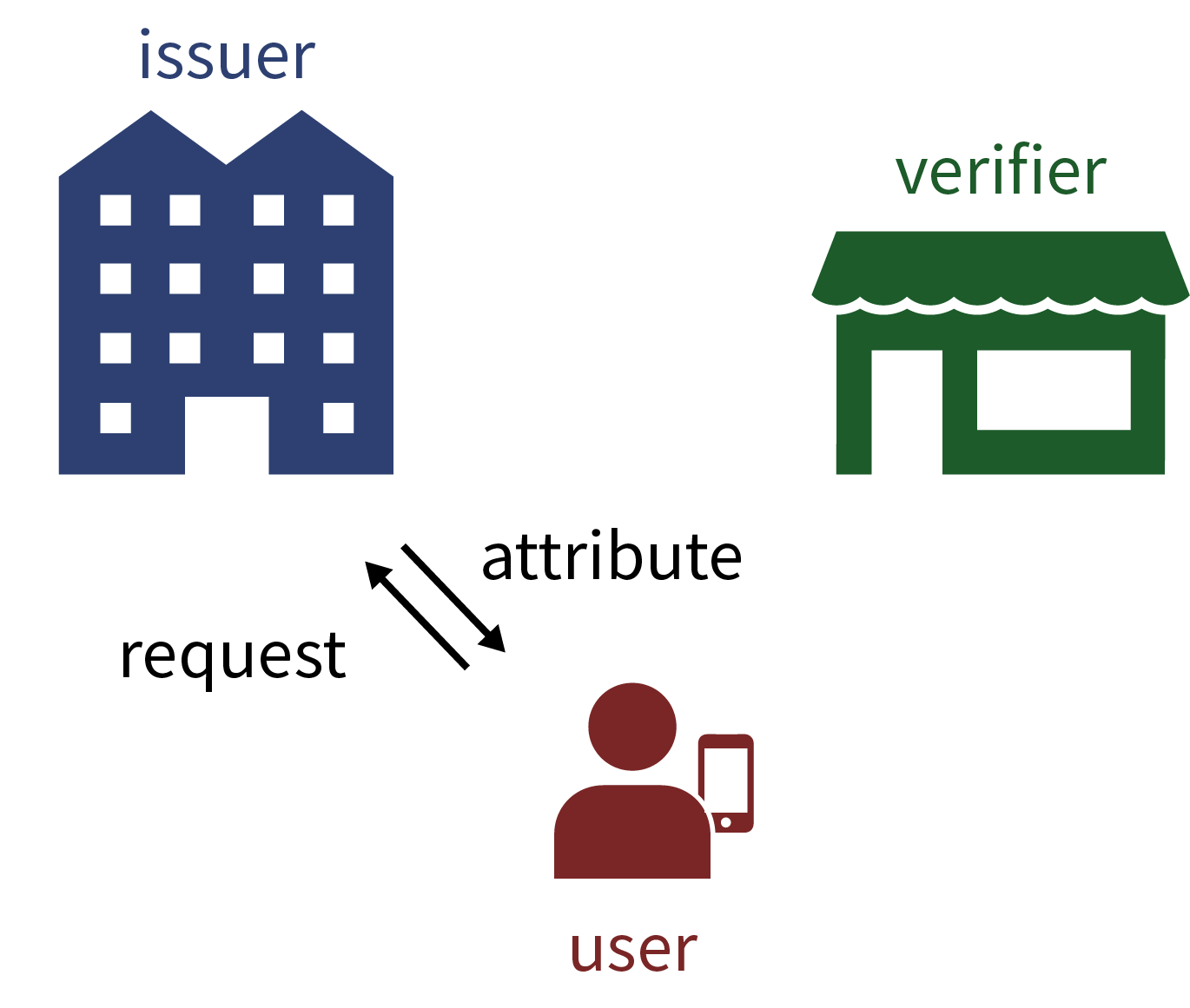 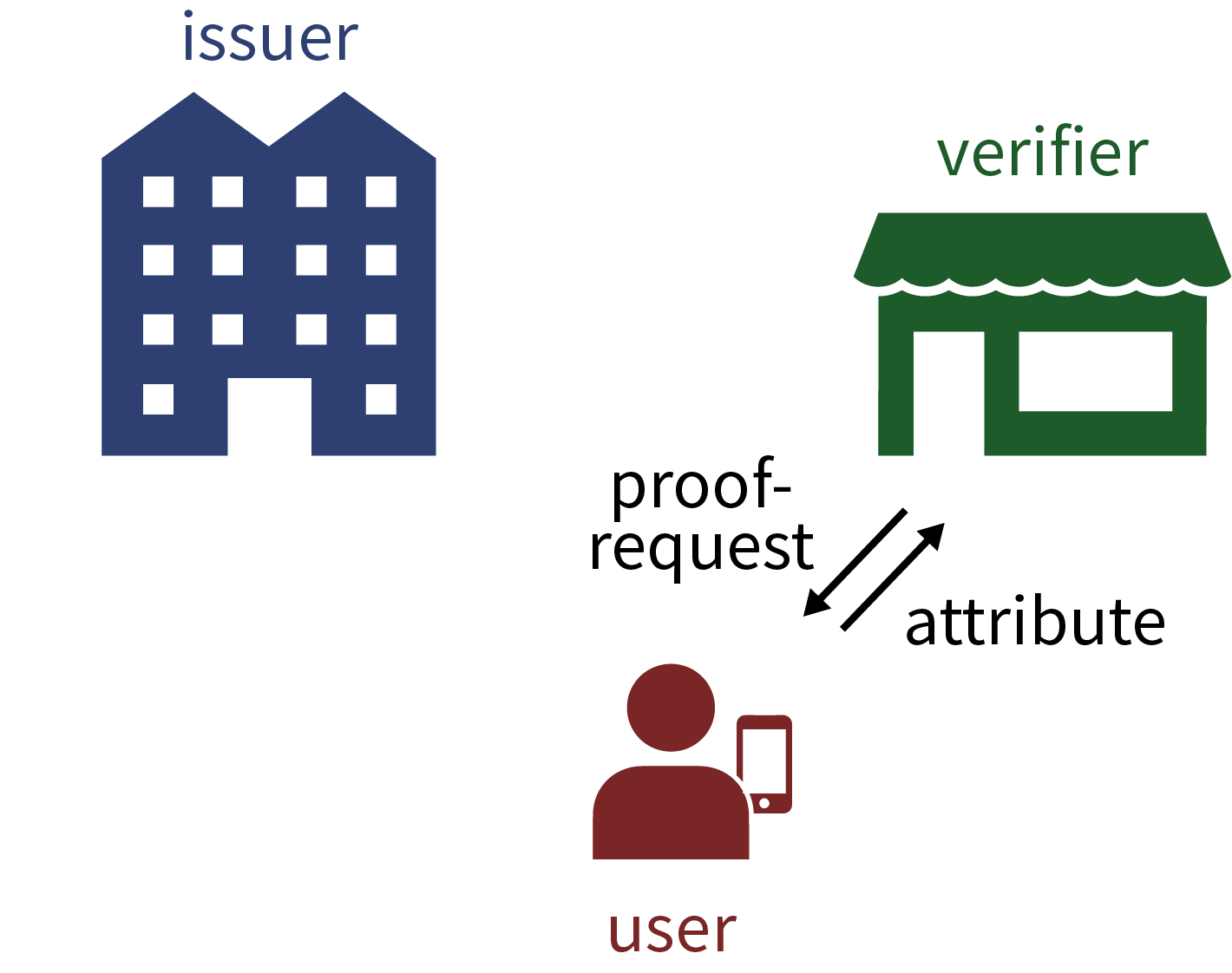 Using the issuer's digital signature over the attributes the verifier can verify that the attributes were given to the user in the past, and that they have not been modified since.

A typical IRMA session is depicted schematically below. 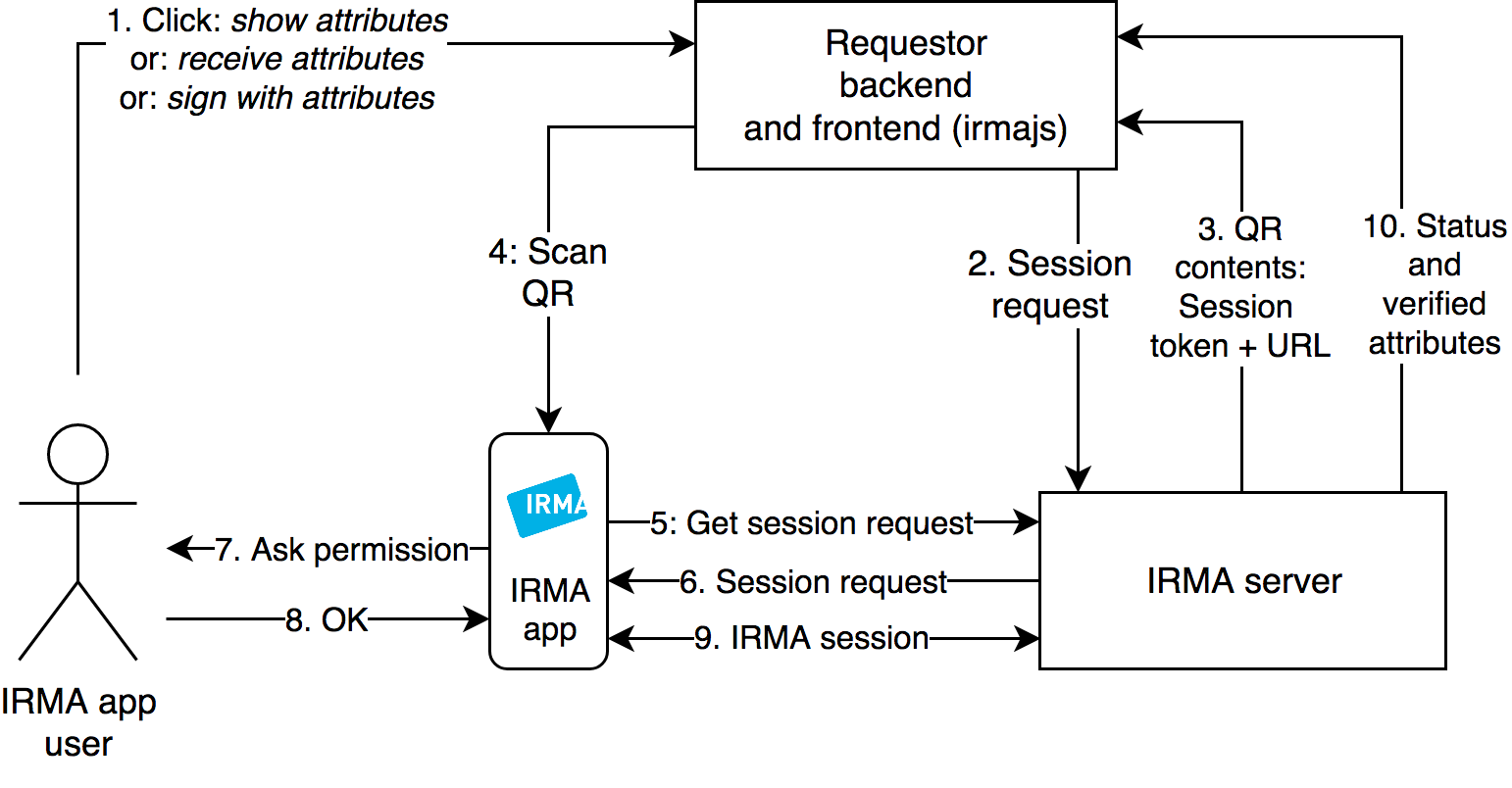 Explanation of the steps:

In an IRMA session, the IRMA mobile app performs one of the following three session types with an IRMA server:

This process is depicted schematically and explained in more detail here. For the user, after scanning the QR in his/her IRMA app a disclosure session generally looks like the following. (Attribute-based signature sessions and issuance sessions are identical in terms of their flow (scan qr, provide permission, success screen); only the graphical interface is different.) 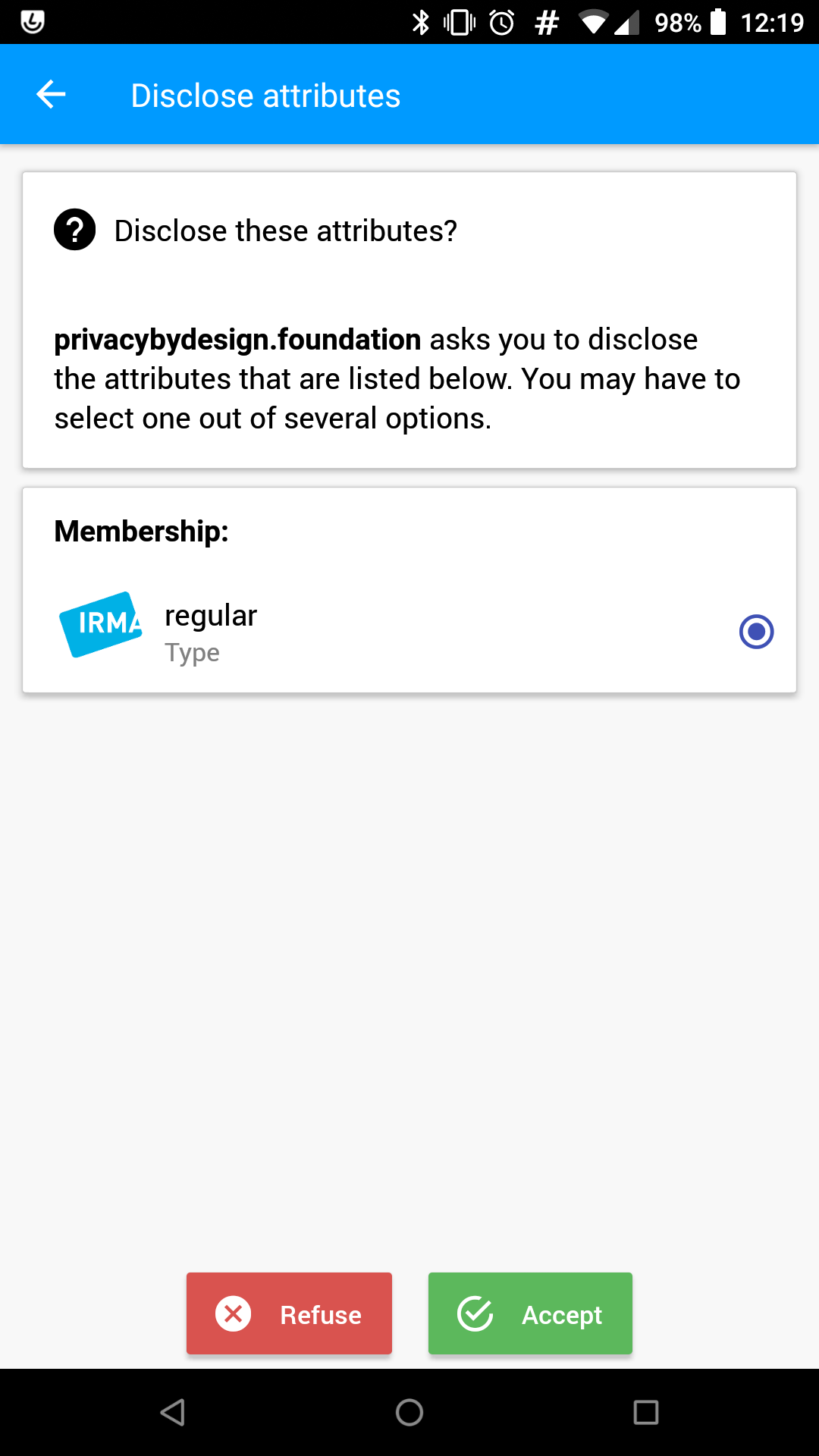 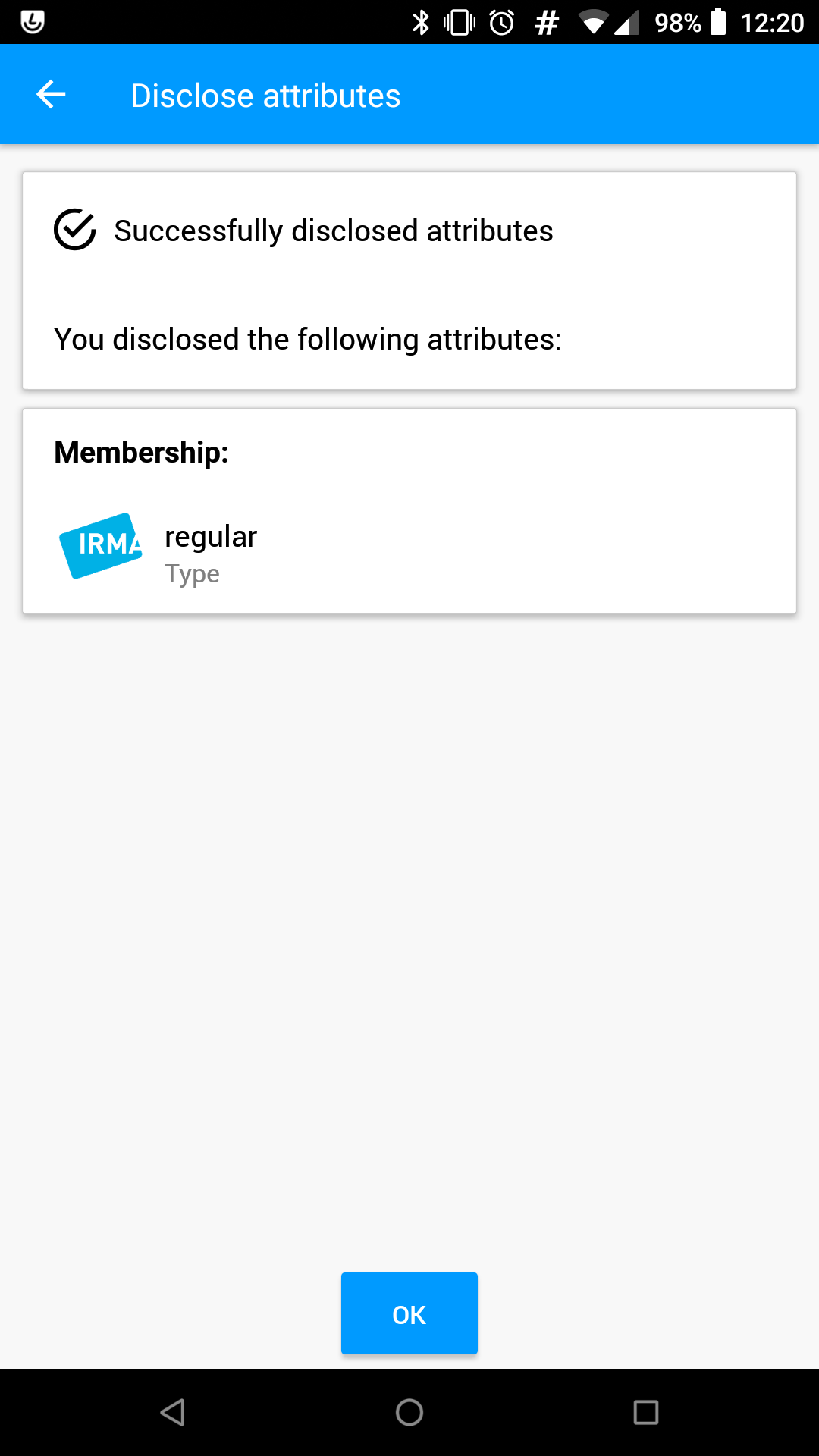 IRMA uses JSON to pass messages within IRMA sessions. The majority of IRMA is written in Go, and the JSON messages generally correspond to specific Go structs. For example, the GET /session/{token}/result endpoint of the irma server outputs instances of the server.SessionResult. In such cases, a link to the corresponding Go struct will be included. This can tell you what fields you can use or expect. (Note that some structs have custom (un)marshalers. See also the Go documentation on JSON and Go.)